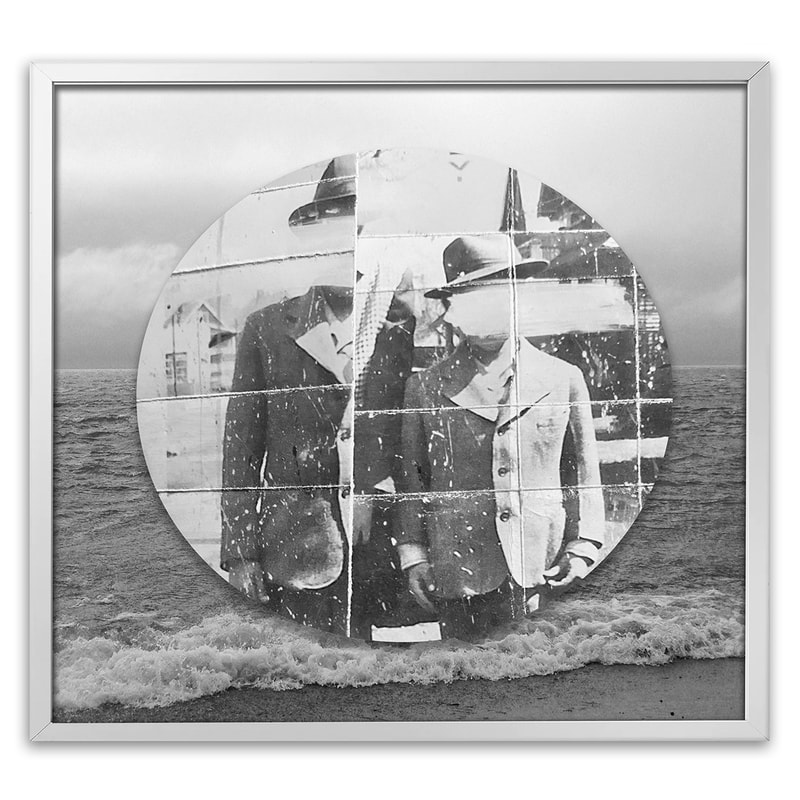 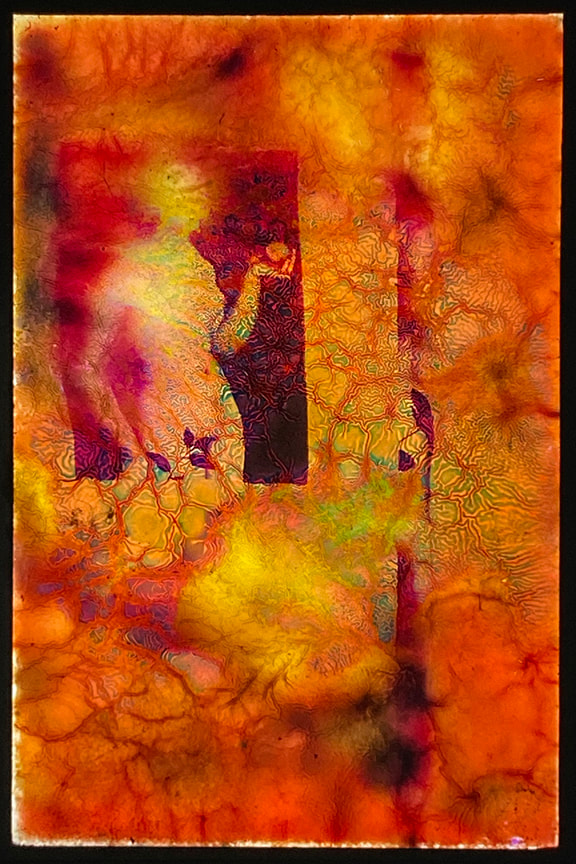 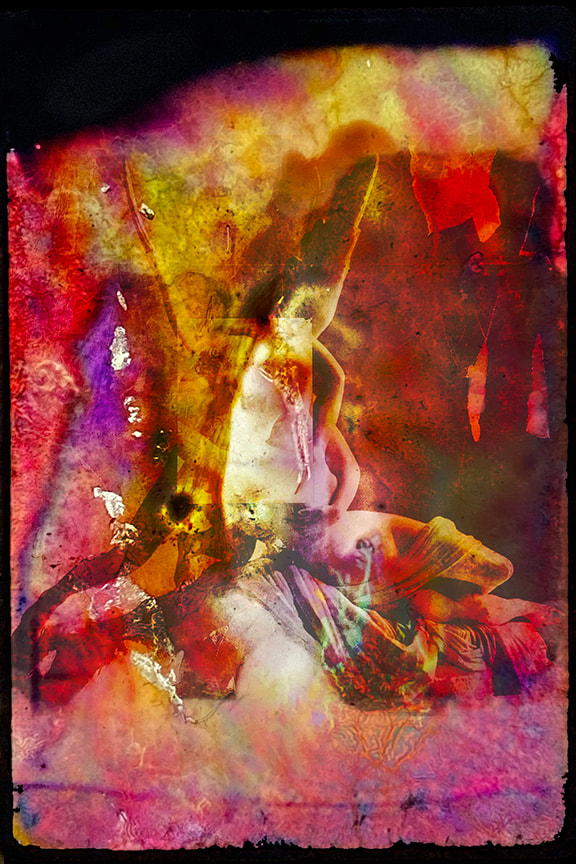 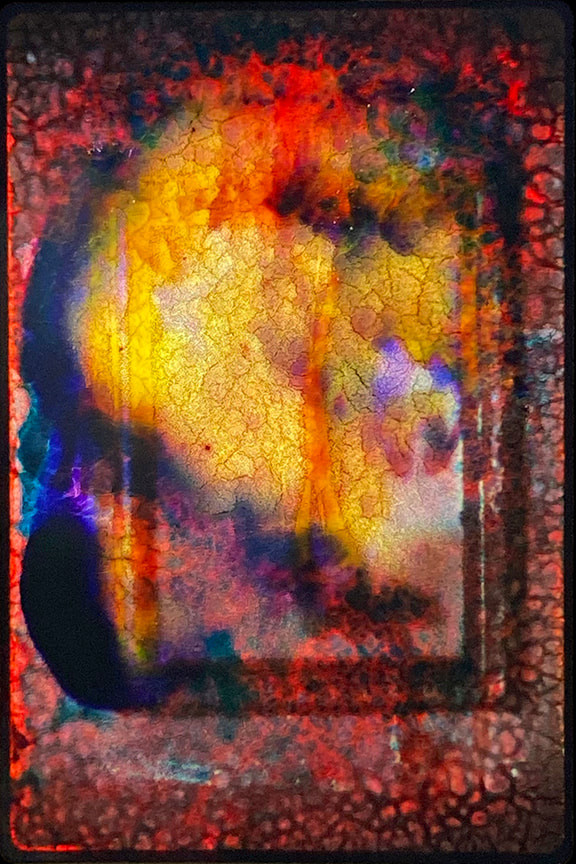 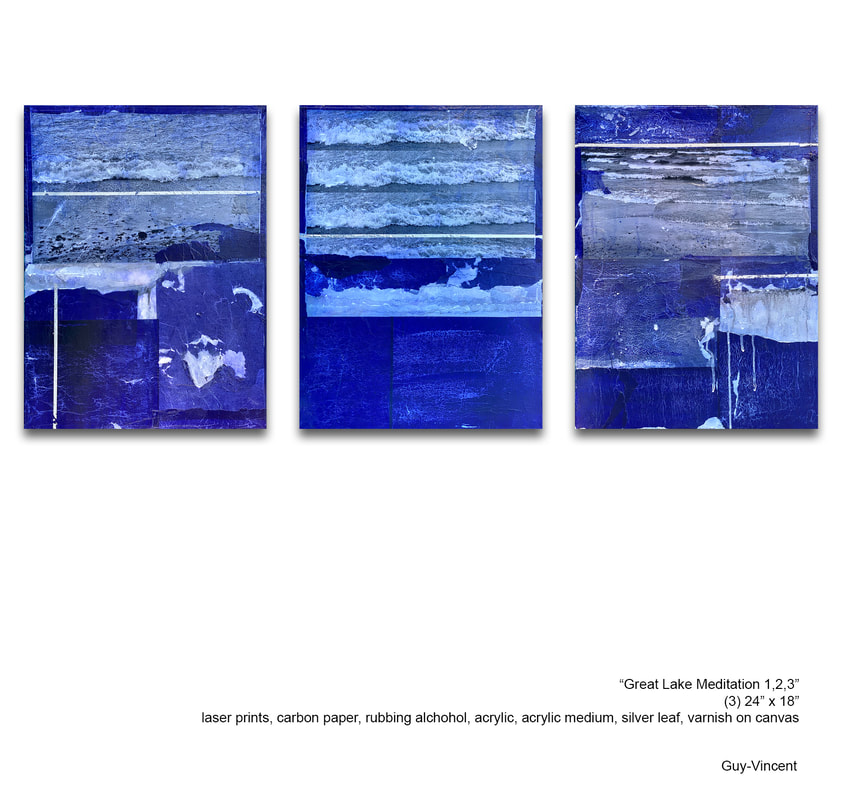 A selection of images from the "Covid-19" series documenting my daily walking routes and observations during the pandemic. All images are 30" x 20" and available in a limited edition of three each. 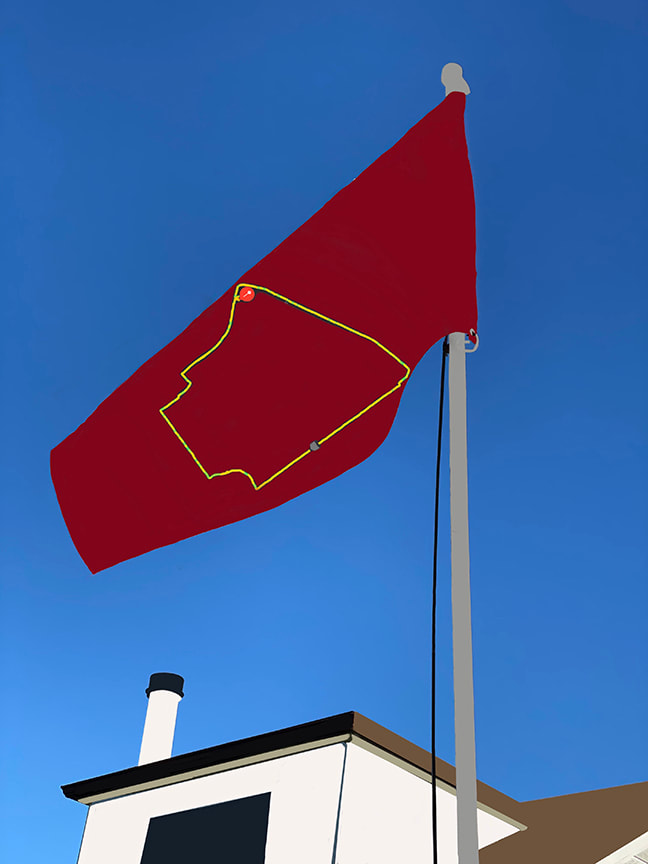 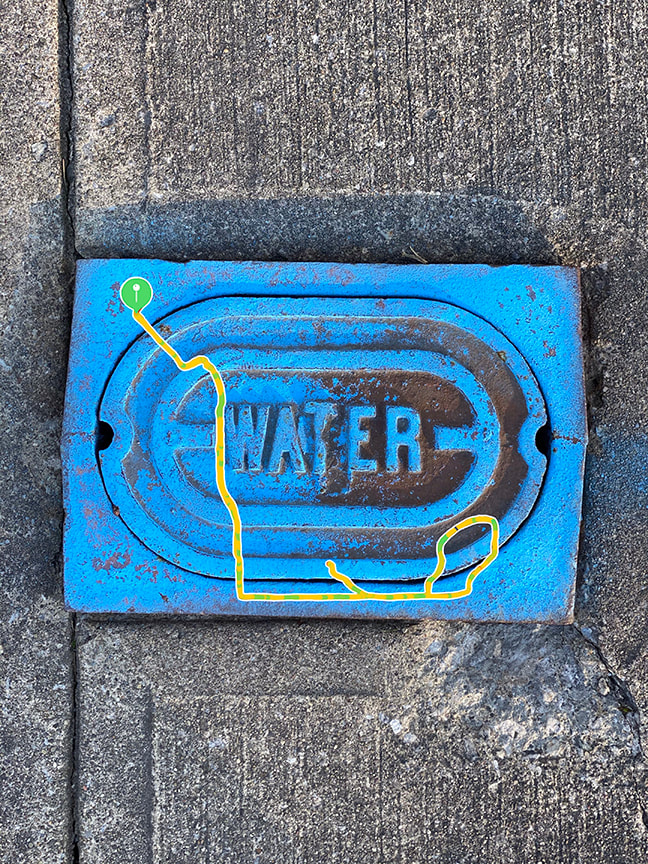 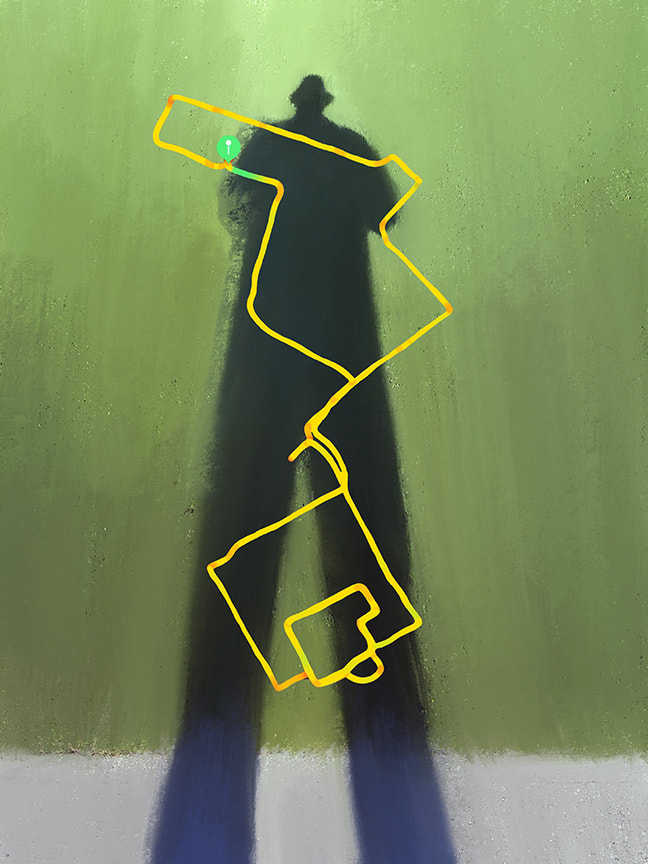 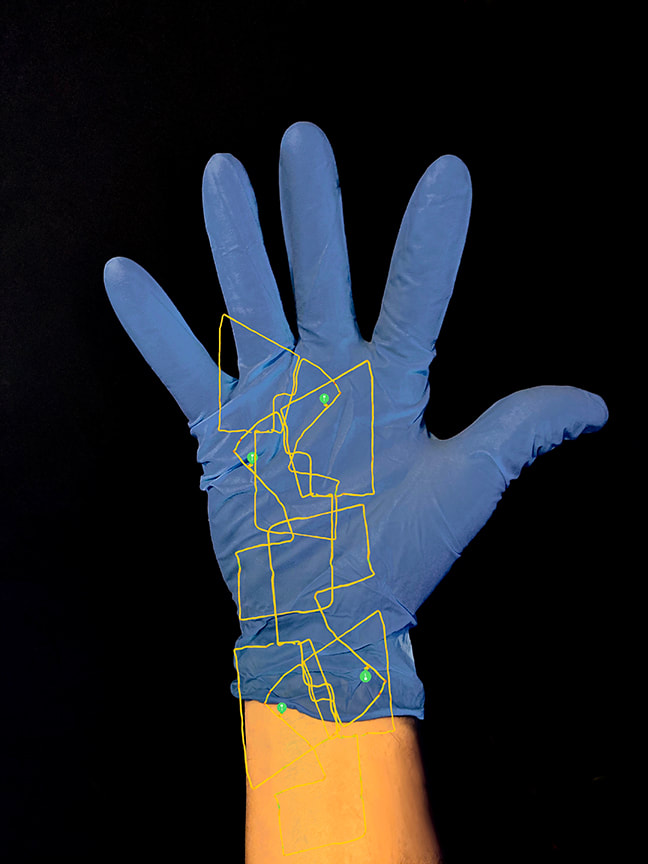 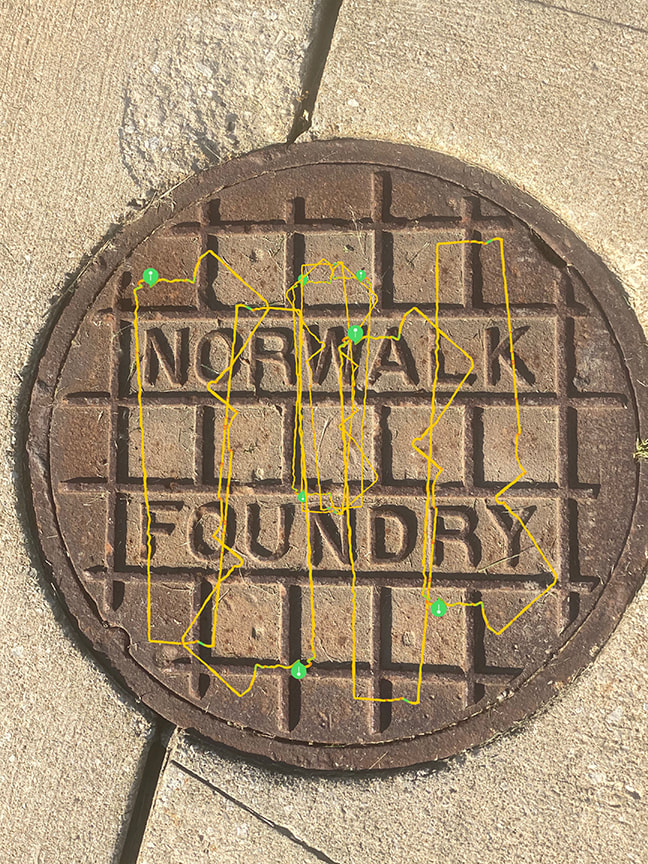 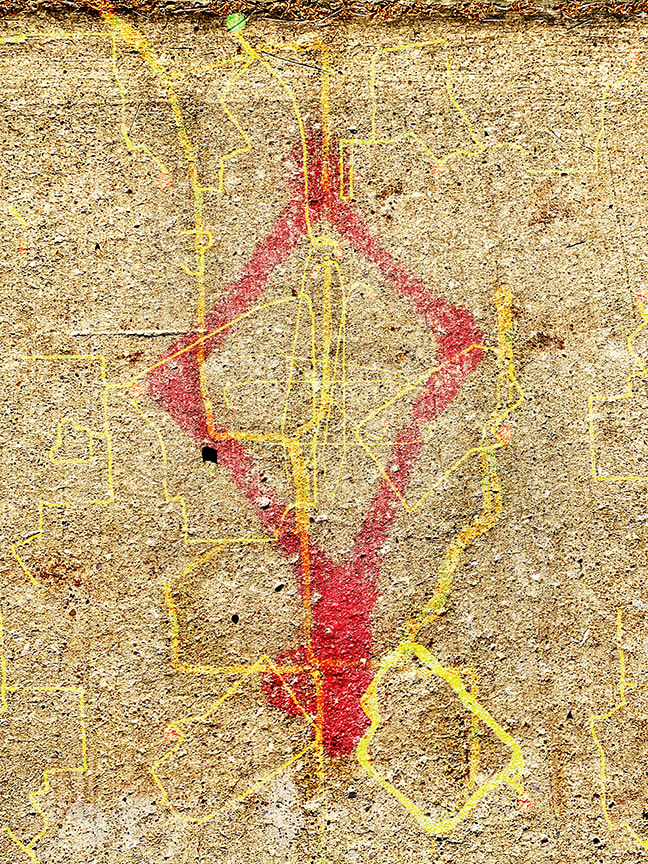 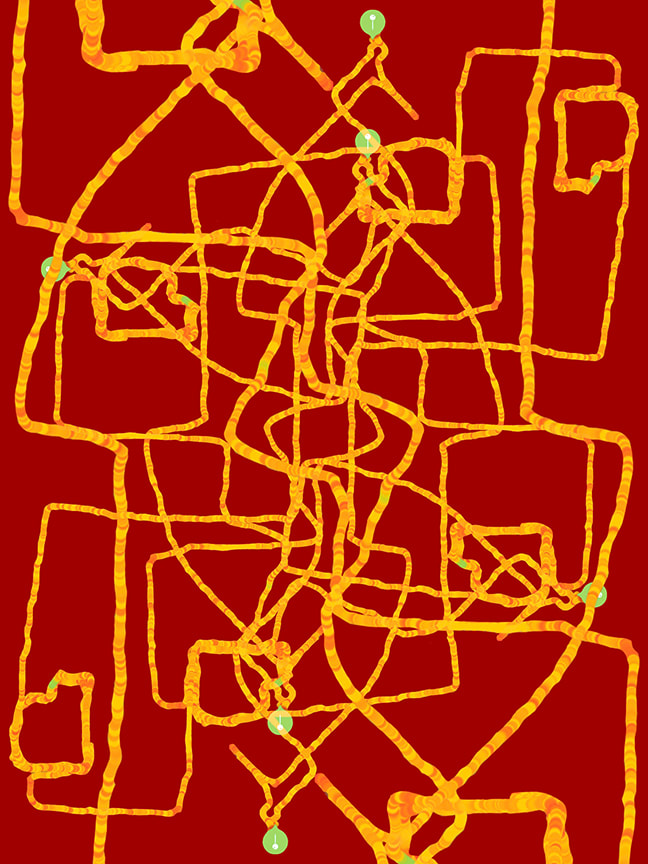 Digital Frontier: The work of Guy-Vincent

THE DIGITAL FRONTIER: The Work of Guy-Vincent
Artists are generally early adopters of new technologies. Experimentation is a natural part of the creative process, and like science, questions like “what if...?” are drivers of establishing undiscovered territories. The digital realm is one such frontier, with artists playing around like smart, curious children on a playground.

Shifting the metaphor from playground to pool, those that have dipped into the water range from tentative splashing at the shallow end to the reckless spirits leaping into the fray off the high dive. Without delving into the various technical opportunities that the past 30 or so years have offered artists, I’d like to break it down into two prevailing aspects: the digital printing of existing works, and the use of the digital medium in the creation/dissemination of works. The aspect of printing images of existing works (like paintings) is not a part of this essay, as that has to do with marketing, whereas I’d like to explore art-making in the digital realm, the actual creation of creative content. To that end, I ask you to consider the practice of Guy-Vincent.

Mark-making has always been at the core of Guy-Vincent’s work, whether graphite or paint on paper/canvas, photo-based images printed on a variety of substrates, gold-leaf or calligraphic symbols, or in recent years, digitally generated text-based patterns. This is in conjunction with representational images such as nature, art historical references, or symbols of humanity. His concepts raise questions about the meaning of visual communication, images and language.

The digital medium was an obvious new tool for Guy-Vincent to dissect and explore. With a fair amount of early works having used photo-based elements, taking those further within the digital realm itself was almost inevitable. The mix of real VS virtual is blurred with the process of scanning, re-photographing, manipulating, and re-printing of actual works, the end result being an object of mixed evolution or definition. A paint splatter on a photograph that occurred in reality, then scanned, manipulated and printed as a new large scale photograph, with added splatters of paint defies both traditional definitions of painting, as well as conventional definitions of digital art.

The online world has opened different sorts of opportunities; most artists use the World Wide Web as a marketing tool to carpet-bomb the networks with their images, with the suspended disbelief of being discovered and valued. Guy-Vincent had different ideas. Instead of simply sharing images of his work, he used the new evolving tools to actually create works. He gravitated towards Twitter, where the Unicode symbols could be reinterpreted, sliced and diced, disassembled and rebuilt into new shapes and patterns, while still conveying the logical construction of writing.

Deconstructed letters, diacritical marks, and symbols from a variety of cultures, serve as paint and canvas from which to construct a new visual language. Created using a laptop or mobile device on Twitter and shared freely, Guy-Vincent became a pioneer in what is referred to as Symbol Art. About this process G-V has stated: “Soon, I was discovering ways to open up the Twitter stream with large unexpected negative spaces, creating graphic glitches, and fusing different languages into each post. As a way to describe what I was doing, I decided to create a Symbol Art hashtag. I felt that this term most accurately depicted these evolving explorations...”

Symbol Art is an examination of the nature of communication, language, and the perception of images, both objective and non-objective. Science has demonstrated that the human species is hard-wired for language, that communication is crucial to the Darwinian success of our genes. Abstract reasoning is dependent on both. We don’t have to be able to read the text of an unfamiliar language to understand that the patterns represent a language. And the less culturally familiar, the more intriguing the formal elements of line, pattern, and shape; we can’t read them, so we consider them aesthetically as abstract marks. Marks that humanity has been making in one form or another for tens of thousands of years. And abstract marks possibly predate representational imagery.

Exploration never stops. The kinetic quality of creating works online prompted Guy-Vincent into additional explorations into film and video. The platform of Vine became a perfect vehicle allowing the instant sharing of short 6 second looping videos. This new media tool provided a superb opportunity to create and share kinetic energy-filled bursts of audio and visual sequences.
It also allowed Guy-Vincent to dip into his identity as a musician; though the visual medium is his dominant form of expression, Guy-Vincent has written, composed, and performed music for decades. The Vine videos allowed the visual and audio sensibility to seamlessly merge.

Ever the visceralist, the need to actually physically make marks on a tactile surface material became compelling for Guy-Vincent, especially in combination with virtual mark-making, the intangible and ephemeral contrasted or blended with the visceral, sensual, and physical. Inspired by the digital realm of producing work, he has become increasingly focused on integrating the physicality of painting with the inherently non-physical nature of the digital realm. This is where printing comes in, the tool of how to make the intangible, tangible. ”...As the Symbol Art progressed, I became more and more interested in combining their ephemeral nature into my two-dimensional artwork.” In some early works, images had been printed on steel, vinyl, PVC, wood panels, Lucite, and of course, paper. A new series needed to be identified and defined as a single concept. Which has led to NEO POST FACTUM.

G-V: “Neo Post Factum, my current series combines two primal elements of human visual communication: symbols and identity... In order to represent this identity, I’ve chosen to use family photographs from my Grandmother’s collection as the foundation and starting point of each piece. The focus is not on the personal connections to the imagery, but on how we interpret the images, both as depiction and as metaphors...” The discovery of old albums, distressed photographs representing the trajectory of generations and the roots of ancestry, compelling images which in and of themselves are symbols, inspired the interaction between time-periods. Intimate 2”x 3” sepia toned photos needed to become monumentally iconic.

Old technology incorporating vintage camera-produced photos fill our family memories, while the online world has redefined how we share images – and whom we share them with. Generations past would be utterly dumbfounded by our narcissistic Selfie culture, our addiction to compulsively share images online, where documenting and sharing an experience becomes more important than the experience itself. Technology changes our sense of self, and our relationship to others in both subtle and obvious ways. We communicate, but differently. Online instant gratification distorts our sense of time; something from yesterday is old. So ironically, images generated by another era digitized and manipulated become current.
​
Artists are really good at finding materials and resources; to that end Guy-Vincent met up with Dameon Guess, an avid art supporter, collector, and partner in a highly successful and innovative printing company, Jakprints. The company provides a vast array of printing, design, and creative services for numerous companies both nationally and internationally. With the ability to print large-scale archival ink-jet prints they’ve expanded their expertise towards the fine art realm. This was the genesis from which a project partnership was born.

Not to go into the depths of how much research and experimentation needed to happen, the interactions of two creative minds, how many meetings were held, how many late night drinks were consumed, how many experimental test-runs were done, because once the rich, immersive process of engagement became manifest, what is left is the outcome. The culmination is an impressive series of works; 12 images 84” x 60” on Somerset archival paper, another 12 similarly sized canvases, and a sub-series of 20” x 20” archival color photographs. Plus several large scale photos, and intimate mixed media gestural canvases.
Other than the 20” x 20” photographs, all of the works are mixed-media, incorporating Unicode symbols of various scales, digital manipulations, calligraphic gestures of splattered paint, graphite marks, and the glossy luster of gold or silver-leaf. The final artworks are highly nuanced, obscuring our perception of digital VS real. Close enough to the works to set off museum warning alarms, it’s difficult to distinguish between what is painted, part of the original photo, digitally created/printed, or hand-drawn. The patterns become a mysterious language, indecipherable, as are the images of ancestors out of time. They all become symbols.

Neo Post Factum translates to New After the fact, the title itself blurring the distinction of time periods and the nature of communication. Old becomes new, images redefine themselves through scale and media, shifting from nostalgic references into new contexts where specific meaning becomes elusive, as does specific identity.

Numerous artists are exploring the possibilities of the digital realm; few explore it with the creative vigor and drive demonstrated by Guy-Vincent’s work. Philosophically, shouldn’t the materials of an artist work reflect the content of the art? Doesn’t the very nature of new media invite creative explorations into the Digital Frontier? Why work digitally if the ideas being explored have nothing to do with the digital tools themselves? Many artists consider these pivotal questions in an acute awareness that the medium chosen to create an artwork becomes an integral part of the work’s content: the medium is the message. The nature of communication, the human need to connect, both today and with the past, the tools we use to make that connection, are profoundly considered in this important series of works.